The evenings have been cooling off nicely this past week. Maybe that means that we're going to have a nice autumn. I don't know. 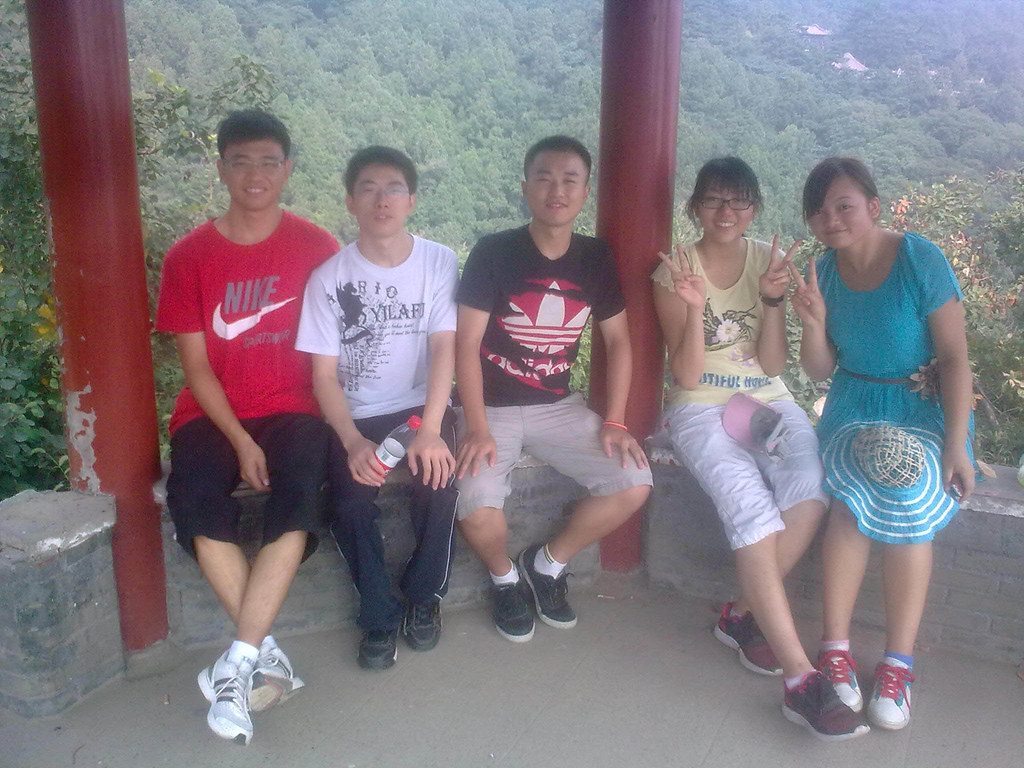 This morning five of my students came out for a short morning hike. Last outing of the summer. Some of them had come back early. Usually when I ask them about this, they say that they were bored at home. Here they have a place to stay in the dormitory, and they can play basketball and do other things with their friends during the day. But there aren't that many friends--just a handful.

I told them that if they came out early, we could take a short hike up to the trail in the park and get back down before it got too hot. As we were hiking they came up with the idea of making lunch at my place. I told them I had plenty of utensils, because I brought all the stuff I collected at Beihang over the years. The problem is that my place here in the hills is quite small, and I just have a one-burner elctric stove. More than adequate for me, but perhaps not the best for cooking for a group. But they said it was no problem. 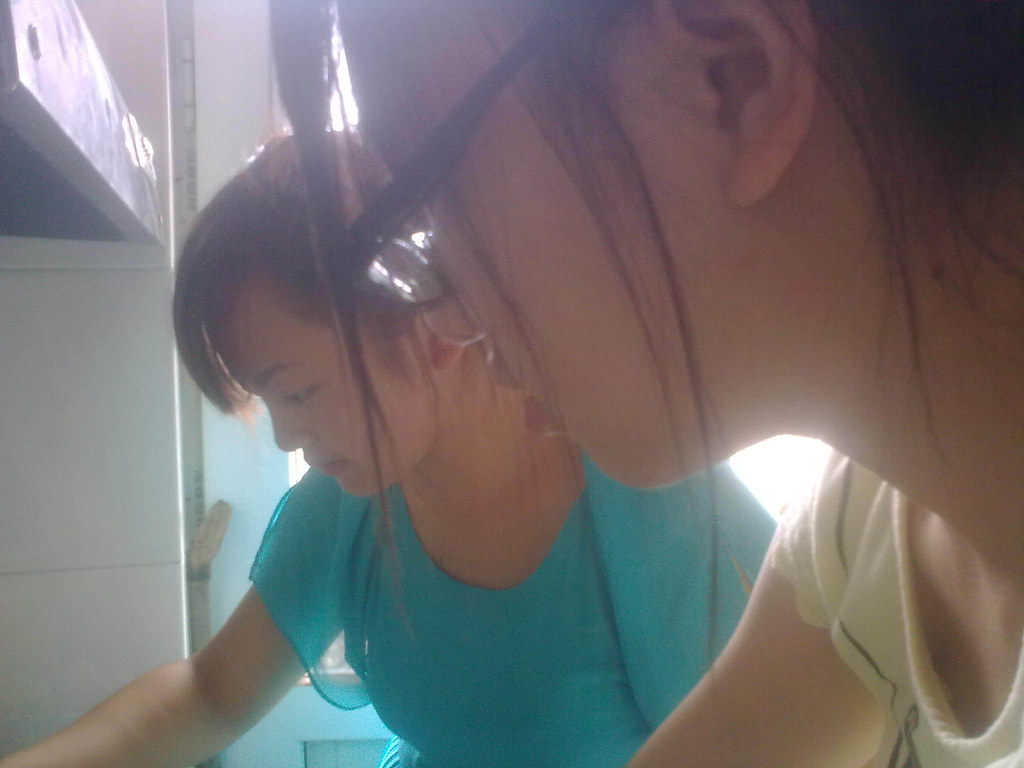 On the way back to my village, my students noticed a couple guys with a portable roaster selling roast duck by the side of the road. They managed to bargain for a good price, and added the duck to the menu. It worked out quite well, because all we had to do then was pick up some noodles and a few vegetables. I was surprised to see what a feast these kids could create with such meager fixin's. Really delicious. I'm not much for cooking Chinese food. But I'm really good at eating Chinese food. Every possible variety.

After lunch they returned to the university, and I made my weekly pilgrimage to the National Library of China. I try to go there once a week, at least for an afternoon. I can't remove books from the library, because I'm a foreigner, but I do have a library card, which I can use to read books there, and to search archived books in the computer. 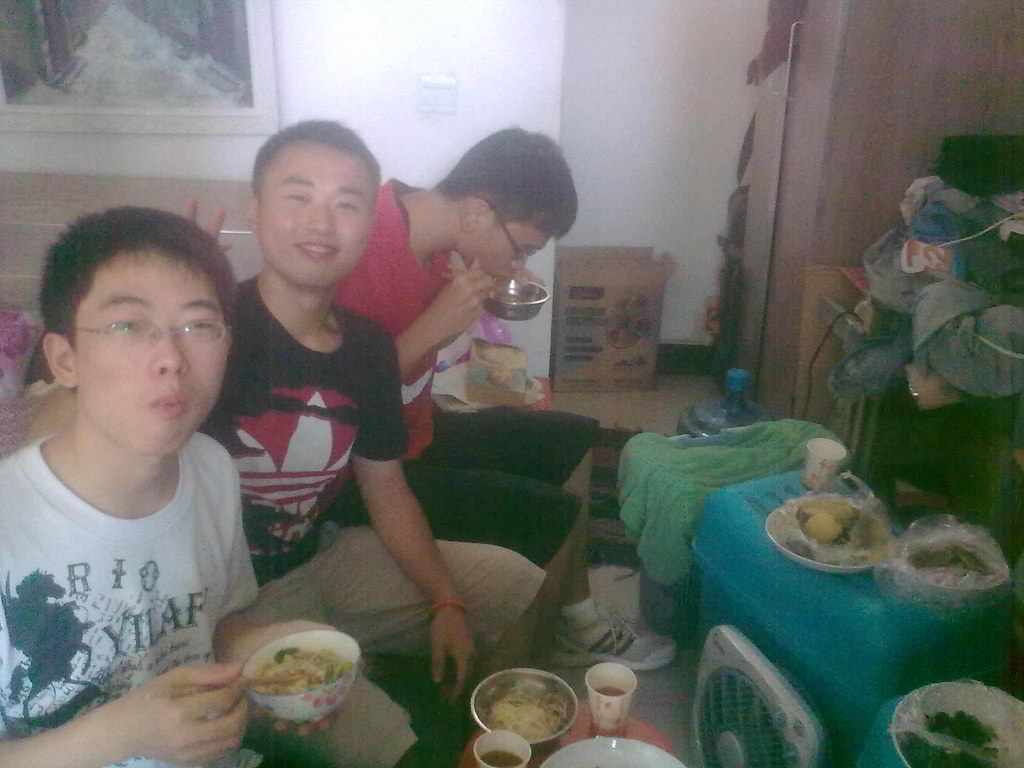 Last year I made five trips to Hong Kong. One of those times--I think it was my February trip--I had taken too many books with me, and bought too many books in Hong Kong. Coming back, my backpack was much too heavy. I had many more books than I should have. I was really in pain. After that experience, I decided that I just had to do something about how I read books. When I first came to China, I was hesitant to get a library card at the National Library, because it was quite a ways from my university, and I didn't like the fact that I could not check out books. But the National Library is just a stone's throw from where I teach now, and I am actually glad that I can't check out books. They let me bring my computer in as long as I take it out of my bag and put it in one of their carriers. So it's much better to read the books there. Then I don't have to carry them around.

These days, I have been working my way through a commentary on the Gospel of John. In addition, I am reading Bede's Ecclesiastical History of the English People. It's a modern version, of course. Bede's classic history was originally written in the Eighth Century in Latin. Another fascinating book I am going through is the papers of Suzanna Wesley. I had not been aware that she was such a prolific writer. She did not write books, really, but she did write diaries and personal notes. Lots of them. The Afghan Wars is an excellent history of Afghanistan as seen from the perspective of military conflicts (of which there have been many). 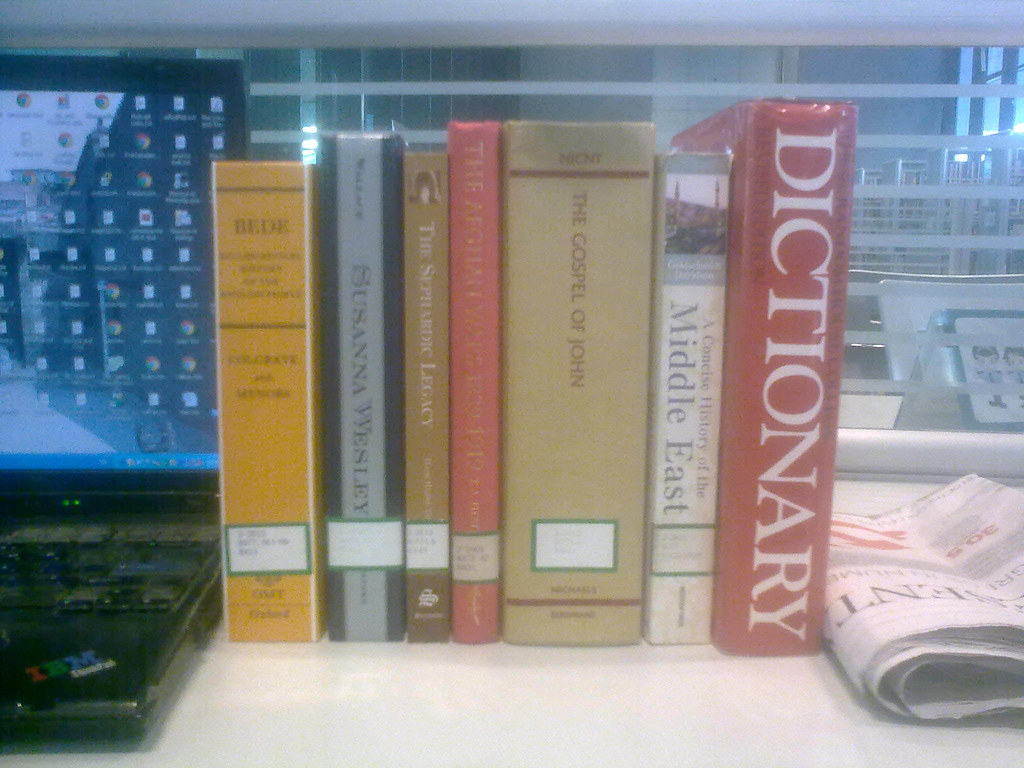 In my study of Islam with Ahmed, he has mentioned both the Ashkenazim and the Sephardic Jews. I have always thought of the Sephardim as "Spanish Jews," but Haim Toledano's book on the subject gives a more mature treatment of the subject. A bit mundane in parts, but very well-written, and it's filling in some gaps in my understanding of the history. Finally, if you are interested at all in the history of the Middle East, I cannot say enough good about Goldschmidt and Davidson's Consise History of the Middle East. It is far and away the best book I have ever read and ever will read on the subject. It's a summary, you know, but it really is the best book on the subject.

The English section of the National Library is actually closed for remodeling for three years, so the English section is "borrowing" a small section of the new National Library building. But it's alright. There isn't nearly enough room for all the books, but they rotate them. And as soon as I start reading a book, I enter the barcode in my database, so if I come back there and one of the books I am reading has been put in storage, I can order it through the computer, and they will have it at the front desk for me within an hour.

Last year, before they closed the regular English section, I used to stop by the law library and read from the papers of Abraham Lincoln. I miss that, but I have plenty to read until they get that section open again.