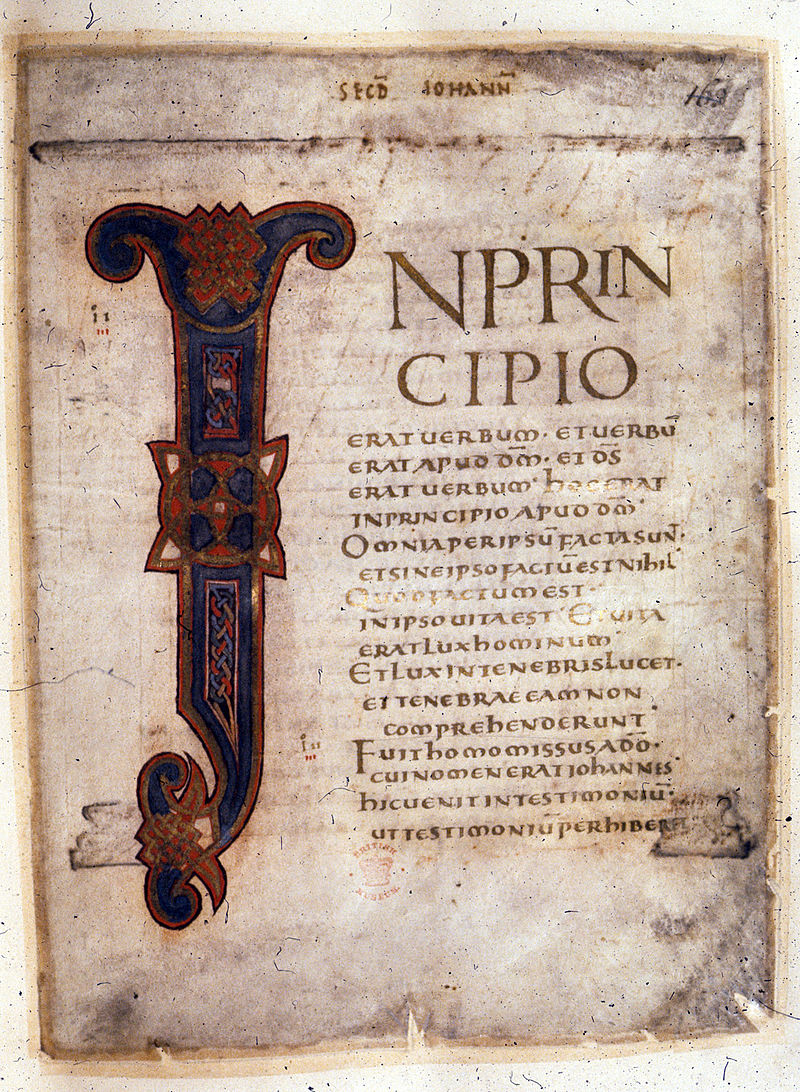 I am beginning, with this episode, a study of the Gospel of John.

OK. We will start, of course, with the first verse of the first chapter. This verse introduces the Logos, which in English is "word." If you are interested, you can examine the two characters that are used to express Logos in Chinese and Japanese respectively. I am not sure why the Chinese version does not use the same character as the Japanese version, but I suspect that it is because the translators of the Chinese Bible wanted to communicate to the Chinese people that the Logos is the "real" dao.

The major controversy about this verse today centers around whether the word (logos) is actually God, or just a god. Upper case G or lower case g. But I believe this debate is a distraction. When I began to examine this verse, and read it in the Bible Hub interlinear, I noticed something that is rarely mentioned, but which I think is quite significant. The syntax of the last clause of the sentence is reversed. It does not say, "the Word was God," it says "God was the Word." Take a look:

Why is this? In the podcast I discuss this matter at some length. It's not that big an issue as far as how it affects the meaning. After all, if a = b, then b = a. But I think it opened a Pandora's box, because to change "God was the Word" to "a god was the Word" would be weird and unacceptable. But changing "the Word was God" to "the Word was a God" is more subtle and easier to put over on people who are not familiar with the Scripture. Even William Barclay goes along with this idea.

So why did they do it? Why is the syntax in all present day English versions reversed from the original Greek? I believe it was done because some translator thought it would sound better in English. I did find a couple articles that give a grammatical explanation. I personally do not believe that it was changed for grammatical reasons, but I have posted those articles anyway, so that you can read them. The gist of the argument is that this is a predicate nominative. Again, I do not think the syntax was reversed in English for reasons of grammar, but you can take a look at these arguments and see what you think:

Regarding the tendency of translators to edit or improve the original instead of just translating it, I gave the example of the word baptizo , which is transliterated when referring to the Christian ordinance of Baptism, but translated when referring to ordinary washing. I said it was in the Gospel of Luke, but I was mistaken. It's been awhile since I looked at it last, so I should have double-checked it--it's actually in the Gospel of Mark (Mark 7:4). I don't want to get sidetracked into a discussion of baptism. My only point is that the translators took it upon themselves to use two different words, when God obviously thought there only needed to be one. And we have been arguing about baptism ever since.

Do I tend to be suspicious of translators? Yes. So I admit that I have a bias. I have a knee-jerk reaction when I see something in a translated version that differs significantly from the original. I tend to assume that the translators have taken liberties to which they are not entitled. I brought up the example of baptizo lest anyone try to tell me that translators "would never do anything like that." They clearly did in that case

Finally, today we introduce an old gospel song from the 1880s. Feel free to sing along, or just listen.

Next time we will focus on Verse 2. Do go through the e-Sword training module, either by installing it, or by using the online version. The training module is very good, and will enable you to teach yourself e-Sword even without help from your children.