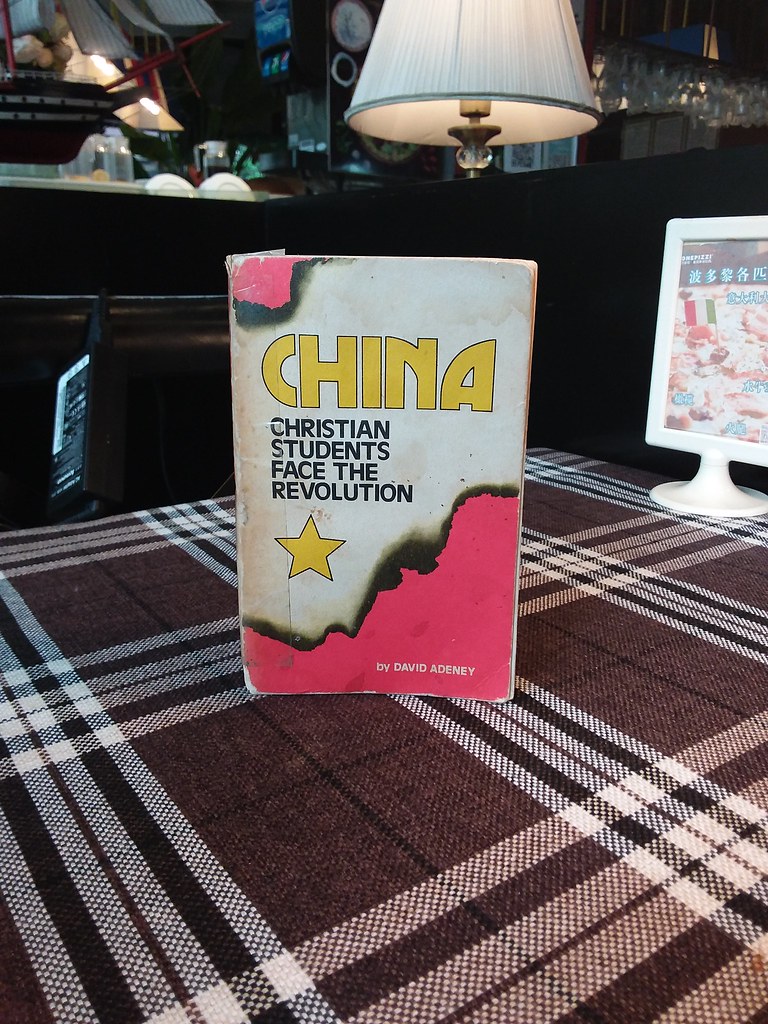 The article below contains a good summary of the history of student ministry in China. It is not exhaustive, but helpful, I think.

The same issue contains a book review of a book I got from a Christian businessman from Singapore many years ago. It’s a good review, but there is a little tidbit in that book that is not mentioned in the review:

Communist leaders gave to Wu Yao-tsung the task of forming a new church which would be entirely free from the influence of imperialism. In 1950 he headed a group of church leaders who met in Peking with the Prime Minister Chou En-lai. I received a full account of this conference because one of the Lutheran pastors who was present asked me to help him translate a Chinese report of the meetings into English. It was significant that Chou En-lai, while promising freedom of religion, reminded the pastors present that if the church later withered away and died of its own accord they should not blame the communist government.

It is clear from this report that they wanted Christianity to go away, but they didn’t want to be responsible for that happening. Yet, they certainly didn’t encourage Christianity, and they jailed those who preached the gospel outside the confines of the Three-Self Churches.

What is the result of this, and how does it relate to student movements in China? The result is that the churches were largely freed of the burden of people who go to church for selfish reasons, and thus were left with a much higher percentage of true believers. And since the large Christian student organizations that you would see on an American university campus are not allowed at Chinese universities, Christian student activity tends to take place within churches. This has caused Christianity to grow exponentially.

So basically, Christian students are cultivated within the local churches. The up side to this is that they tend to be very committed and genuine in their knowledge of scripture. The down side is that there is very little outreach to students who do not come from Christian backgrounds. And, of course, the other problem is that the nation does not get to enjoy the benefit of these extraordinary young people, because they are banned from leadership positions in society because they are not allowed to join the party. At least that’s the way they feel. There are differing opinions about this, but there is at least the perception among Christian young people that they are not welcome in the Communist Party. So they pour their efforts into the development of the church—the one place they really feel welcome. This is good for the church (which, as I said, is growing exponentially in China), but but it is a loss for the society.

When I say to young people in my church, “Why don't you join the Communist party and help your country?” they will say, “Oh no, we’re not allowed. You have to be an atheist. But when some of my university students said, “Eric, we joined the Communist Party,” I said, “Really? Did they make you say you were an atheist?”

So I don’t know what’s true. Students insist that it’s not an issue, but when I read the Global Times or the China Daily, it seems pretty clear that Party members are not supposed to be Christians. This is based on the idea that if Party members are allowed to worship God, the Party will not be first in their lives. But this is a mistaken idea. Just because Party members don’t worship God, that doesn’t mean that they worship the State or the Party. Many of them worship themselves. Many years ago at the English corner at Renmin University, I asked a bunch of young people what they believed. I got several responses. Then I turned to one young lady named Susan and asked her what she believed. She told me that she only believed in herself. Now, in her case, I think it was just an innocent statement by someone who had grown up on China and did not see a reason to have a defined belief system. But in many cases, the self-worship induced by cultivating several generations of young people to believe that there is no God, takes on a much more sinister and selfish form.

In today’s China, young people who worship God and love people and use their money to help people are banned from party membership. But if they worship themselves and love money and use people to get more money for themselves, the Party welcomes them with open arms. And they wonder why they have a problem with corruption.

So what is the solution? I really think it would be good to allow these Christian young people to join the Party and be a help to their country. From within this extraordinary group of very talented people may come a future leader of China.

But would they feel out of place in a party peopled by atheists? I don’t think so. This may surprise some, so let me explain. You know, in America, when you say the word "atheist" people get a picture of someone who is hostile to any talk about God. But Chinese young people are not atheists in that sense. They would tell you that they don't believe in God, because they have been told all their lives that there is no God. But they are not hostile at all. They are actually very polite toward people of faith. After dinner with some of my students one evening, I heard one of them telling her friend, "I think the foreign teachers who have a religion are better than the ones who don't."

And it works the other way, too. The Christian young people I have known in my church life in China tend to be apolitical. They are not interested in the Party or in political matters. But they are very cordial to their fellow students or colleagues, even though those colleagues or fellow students may not be interested in Christianity. It is my belief that these two groups of extraordinary young people could work very well together, and China would be the better for it.