OK, folks. An update on the self-taught lawyer in Shandong province who was sentenced to four years in prison. I have some things to say about this, but I'll let you read the story first, from the weekend edition (Friday, Saturday and Sunday, November 3-5, 2006) of the Wall Street Journal Asia Edition:

By Teng Biao
And Zhang Zuhua

BEIJING--In China, legal decisions in politically sensitive cases aren't subject to public accountability. The process, hidden behind closed doors, is steered by political--not judicial--authorities. This has been true for decades, and was proven true again this week in the appellate case of Chen Guangcheng, China's blind, "barefoot" lawyer.

On Monday, the Linyi City Intermediate People's Court in Shandong province overturned Mr. Chen's four-year prison sentence, and remanded his case for retrial at the local court in Yinan county, where Mr. Chen was originally convicted.

That first trial, held in August, was a sham. Mr. Chen had angered local officials in 2005 by documenting forced abortions and sterilizations. After putting him under house arrest and then detaining him for a total of nine months, local Party officials arrested him on trumped-up charges of "international destruction of property" and "gathering crowds to obstruct traffic."

Mr. Chen's initial, two hour closed-door hearing was barred to all but his three brothers. His legal team, of which I was a member, was replaced by two government-appointed lawyers, against Mr. Chen's wishes. The two new lawyers never met Mr. Chen before the trail, read any of his case files, nor offered a credible defense. They only parroted the prosecution's case. Unsurprisingly, Mr. Chen was sentenced to four years and three months in prison.

The appeals process was similarly secretive. This time, our defense team was armed with extensive supporting testimony from hundreds of eyewitnesses. But in mid-October, while awaiting notice of a court date, we suddenly learned that the court had already finalized a ruling without releasing its decision to the public. Mr. Chen's family had been kept in the dark, too.

While we were relieved that this latest decision favored Mr. Chen, China's judicial process remains as opaque as ever. Reversals of verdict in politically charged cases are rare. Last year, when the Hunan Intermediate Court upheld a 10-year sentence against journalist Shi Tao, its decision was likewise shrouded in secrecy. In that case, as well, the decision was rendered without hearing arguments from Mr. Shi's lawyers. Countless other cases in China have followed a similar pattern.

Why, then, was the decision in Mr. Chen's case different? One can only guess, as Liyunyi court officials have explained nothing. But it seems implausible that any professional legal review was involved.

We know that local authorities in Yinan County were angry at Mr. Chen for exposing their abusive birth-control methods. When the travesty of the subsequent arrest and conviction of Mr. Chen drew international attention, political considerations at higher levels—most likely from Beijing—may have come into play. The remanding of Mr. Chen's case thus seems to be the fruit of his courageous supporters inside China, as well as their friends in international human-rights groups.

Cynics might object that only those who are individually noticed and championed seem to receive any justice in China. A vast, silent majority of victims languish without attention or justice. Indeed, it could be argued that a frightened and paranoid government might even double its abusive efforts to stifle this growing opposition.

Still, the fight remains worthwhile. The Yinan County court now has, according to the law, six weeks within which to conduct a new trial based on the existing evidence, or to order an entirely new investigation. For Mr. Chen personally, it means a chance to avoid imprisonment in squalor. And for China as a whole, one can only hope that the continued pressure brought on by rights defenders against legal abuse might bring about long-term change.

Vaclav Havel, during similar struggles in communist Czechoslovakia in the 1970s, wrote that "demanding that the laws be upheld is thus an act of ‘living in truth,' which threatens the whole mendacious structure of its point of maximum mendacity." If China has an independent judiciary three decades from now, we might look back on the Chen Guangcheng case as having played a role. (Teng Biao is one of Mr. Chen's lawyers, and Zhang Zuhua is a pro-democracy activist.)

As you can see from this article, the sentence handed out to Chen Guangcheng was overturned by the appeals court, which is good news, but the manner in which it was done is more than a little disconcerting. Ordinarily, appeals courts are supposed to hear arguments from the defendant's lawyers relative to the propriety of the original trial. But the appeals court made the ruling without hearing any arguments! Clearly, this ruling was dictated, which affirms what critics of China's legal process have been saying for a long time. Judicial decisions in China are not independent. Judges are not allowed to make decisions based on the law. They can actually be ordered by the party to rule one way or the other. Perhaps one could argue that the actions of the lower court were so egregious that the appeals court's decision was foregone. Nevertheless, a court decision without argument does not give much assurance to those who want to believe that blind justice is the only determinant of judgment. 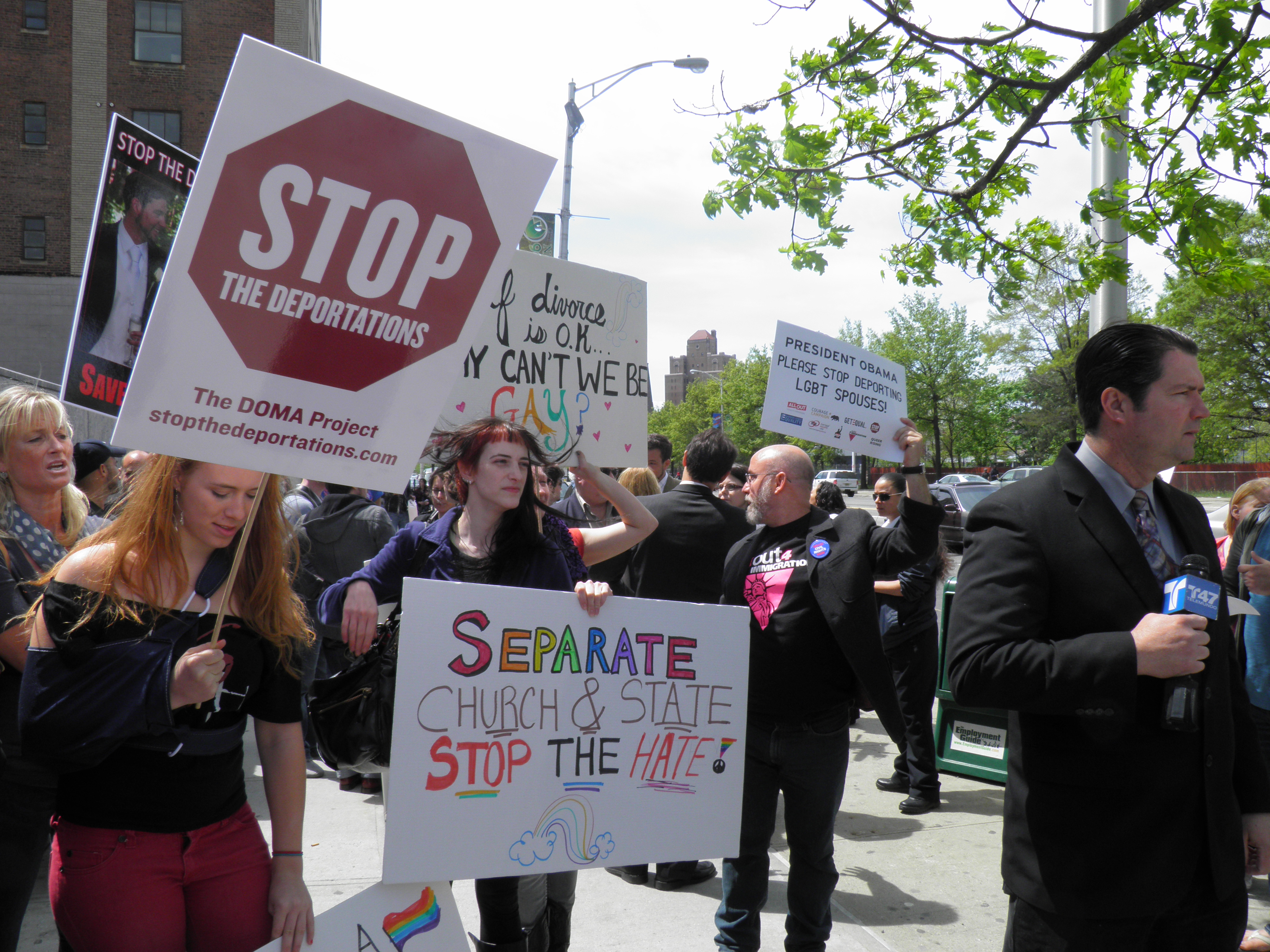 In America, the opposite problem prevails. Recently, the New Jersey supreme court ruled that the legislature must pass laws accommodating same-sex relationships. Here is their decision:

Although we cannot find that a fundamental right to same-sex marriage exists in this state, the unequal dispensation of rights and benefits to committed same-sex partners can no longer be tolerated under our state Constitution.

No longer?? If there current law is unconstitutional, it has been unconstitutional from the time it was written. Such decisions are supposed to correct the injustice created by the very writing of the unconstitutional law. Laws do not somehow slowly become unconstitutional over time. This business of Supreme Court judges changing law by reinterpreting constitutions is an abuse and completely unlawful extension of their authority. A very similar trend is developing in Japan, where, in the wake of North Korea's saber rattling, there is talk of changing the constitution to allow Japan to build up its military. But the issue is politically charged, and some feel that the process of amending the constitution would be too lengthy and troublesome, so there is some suggestion that the courts may have to "reinterpret" the constitution. This is China's problem in reverse. In China, we see the lack of independence of the judiciary, while in the West, we see the tyranny of the judiciary. Laws are not made by elected representatives; they are made by unelected judicial tyrants.