Very intersting feature from the South China Morning Post on censorship in China.

But dishonesty is despicable, and the dishonesty in the Chinese media has always bothered me much more than the censorship. I don't think the censor featured in this SCMP article is a bad guy. I think he's a good guy. You may not agree with what he (or his company) considers offensive material, but I think you will agree that he is not a bad guy. He's just an honorable man doing his job. This piece seems to show what I call the "good" side of censorship, which is removal of offensive content (though there can certainly be debate about what should be considered offensive). Maybe I am a bit cynical, but I think the reason this entity within China was so open to giving outsiders an inside view is because it takes attention away from the dark side of censorship, which is excessive control of individual expression.

The watershed moment for the dark side of censorship in the Chinese media was the extraordinary event in January of 2013, when the propaganda guy from the Southern Weekly edited a New Year's message, but left the bylines alone, implying that the writers of the original piece had written the new, sanitized version. The anger which ensued from this event resulted in a strike--very unusual in China--where the paper was actually shut down. 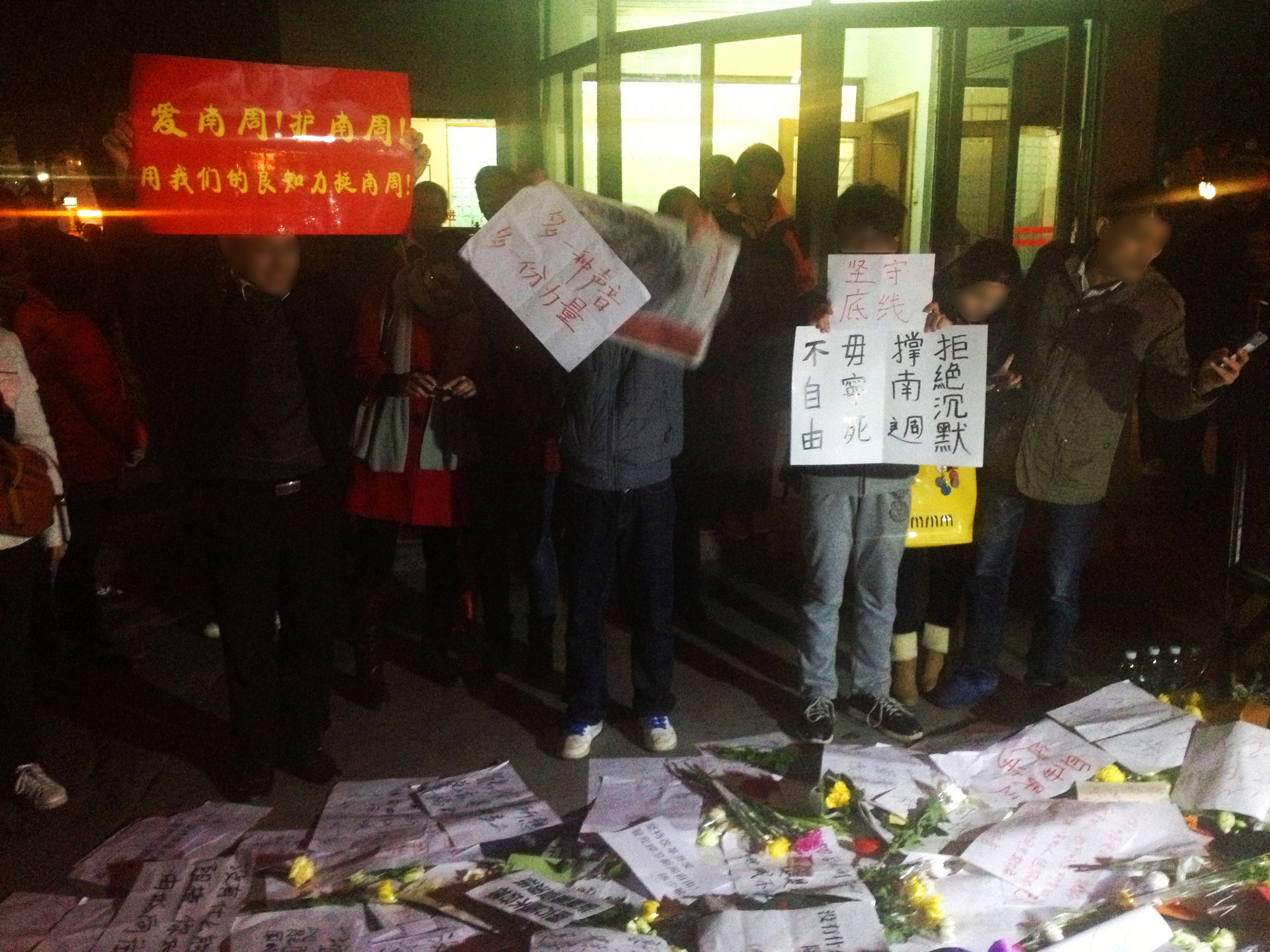 I refer to that event as a watershed moment, because it showed that the powers that be are not only committed to "good" censorship, but that they defend their right to control information and even falsify information for the purpose of influencing the thinking of the people.

Begin your study of that incident with the Freedom House article. Then if you want more detail, the Wikipedia article is also good. As you study those two articles, what emerges is not just the dishonesty, but the excessive micro-management of the message. And how ironic that what they had intended to keep secret has been shouted from the housetops.

But there is good news, too. Another thing that comes out as you study that incident, is that there are many decent journalists in the Chinese media who really do want to do a professional job of bringing the truth to light. They are not just kissing up to the powers that be. I remember at the time the head of the Beijing News famously refused to publish the government ordered propaganda statement following the incident. Sina Weibo published it, but with a statement that it was published under duress. These are only a couple examples. The response of conscientious journalists in China to this incident is a heartwarming story that needs to be told. There should be a movie. So I am actually more optimistic about journalism in China than in America.

When I first came to China fifteen years ago, I often wondered where Chinese "journalists" got their education, because there was so much editorializing in news articles. The Southern Weekly incident taught me that part of the reason for my jaded view was because I only read the English language propaganda papers, not the real journalistic enterprises such as Southern Weekly, or Beijing News, which do not have English language versions. And never did I imagine that I would one day see American media outlets becoming worse than what I see in China. American "journalism" has really gone downhill in terms of basic journalistic integrity. I think there's actually more propaganda in the American media now than in the Chinese media. Not government propaganda, but propaganda nonetheless.

Note: Do not confuse the Southern Weekly with the South China Morning Post. The South China Morning Post is the main Hong Kong paper. There has always been, and probably always will be, a lot of debate over how much the SCMP may or may not be influenced by Beijing, but it is definitely not controlled by Beijing. Under the one country-two systems arrangement, the Beijing government has no authority to dictate to the Hong Kong media.

The Southern Weekly is a mainland paper that "pushed the envelope" in presenting news as openly as possible under the circumstances. There are basically two kinds of newspapers in China: the government propaganda papers (Global Times and China Daily), and independent papers such as Southern Weekly and the Beijing News. The government propaganda papers contain lots of scripted propaganda. The independent papers are not generally controlled by Beijing, but they are regulated, which means their content is not actually written by Beijing, but can be censored by Beijing. The Chinese name of the Southern Weekly translates literally to "Southern Weekend," but that sounds a little strange in English, so it is usually anglicized as "Southern Weekly."